NCPBM Members have been better armed to fight discrimination 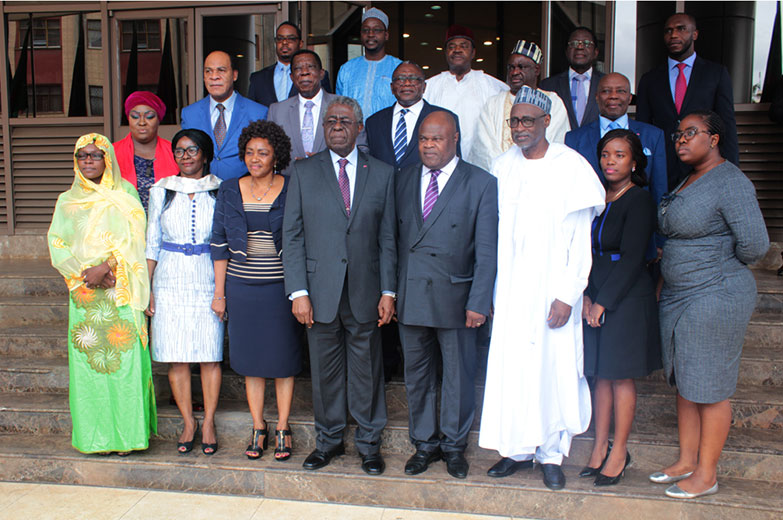 A two-day workshop to this effect took place on the 8th and 9th of August 2019 at the headquarters of the Commission in Yaoundé.

The workshop to map out means ad strategies to fight against discrimination was co-organised by the NCPBM and the United Nations Centre for Human Rights and Democracy in Central Africa. The prohibition of discrimination is contained in a number of international legal instruments to promote and defend Human Rights in Countries like Cameroon which have ratified them. Despite the existence of this important arsenal, discrimination still rears its ugly head in Cameroon.

According to the President of the NCPBM, Peter MAFANY MUSONGE, who presided over the workshop, one of the Commission’s missions is to listen to petitions from people on discrimination on Language and Culture, analyse them and report to the Head of State. This can only be done properly if the Commission masters the phenomenon and arms itself with appropriate strategies.

After several presentations and spirited discussions, many recommendations were arrived at, among which was that to sensitise the population on the numerous legal instruments on discrimination. This will enable them better know their rights and to defend them when they are violated.

The United Nations Centre for Human Rights and Democracy in Central Africa, which was very instrumental in the holding of the workshop, through its Director, Louis-Marie BOUAKA, promised continued support to the Cameroon government it its efforts at fighting discrimination.