NCPBM: A positive balance sheet for 2020 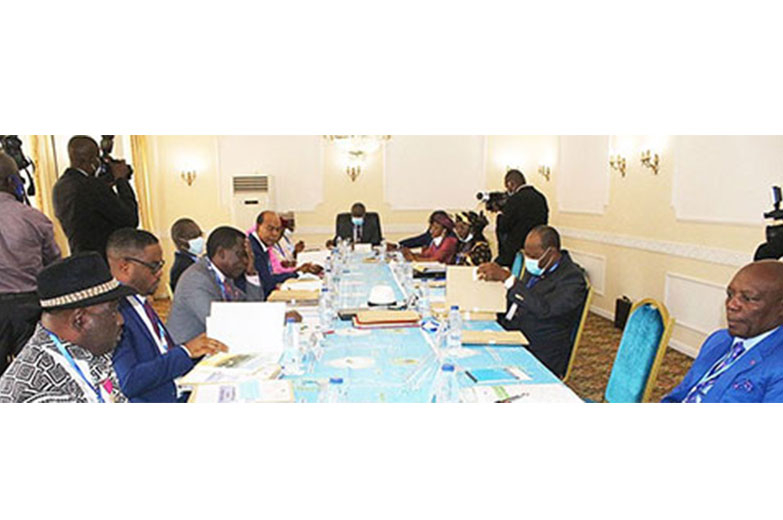 The evaluation was made during the second ordinary session of the Commission for 2020, which also saw a plan of action for 2021 put in place.

Opening the session which held at the Yaoundé Mont Fébé hotel, the President of the NCPBM, H.E Peter MAFANY MUSONGE said despite the negative impact of the Corona virus pandemic on the plans made by the Commission at the start of the year, the balance sheet has been positive.

In this light, he cited the visit to Ministries to follow up and evaluate the implementation of the law of 24th December on the promotion of official languages in Cameroon, the field trips to the North and Far North regions to listen to the people, explain the law, and sensitise the population on the mishaps of hate speech.

Another achievement of the NCPBM in 2020 was the acceleration of the setting up of regional Branches. In this light, the Commission obtained and is rehabilitating building for that purpose

Discussions at the session also focused on a plan of action for 2021. Taking to reporters, H. E. Peter MAFANY MUSONGE said “We are still going to go to the regions, visit all of them and listen to the people. We are going to try to effectively install our regional services and continue the fight against hate speech.”

The session was attended by all the members of the Commission, the Vice-President, Mr OUMAROU DJIKA and the Secretary General, Dr. CHI ASAFOR Cornelius.