Audience granted by the President of the NCPBM to H.E. Sylvain Itté 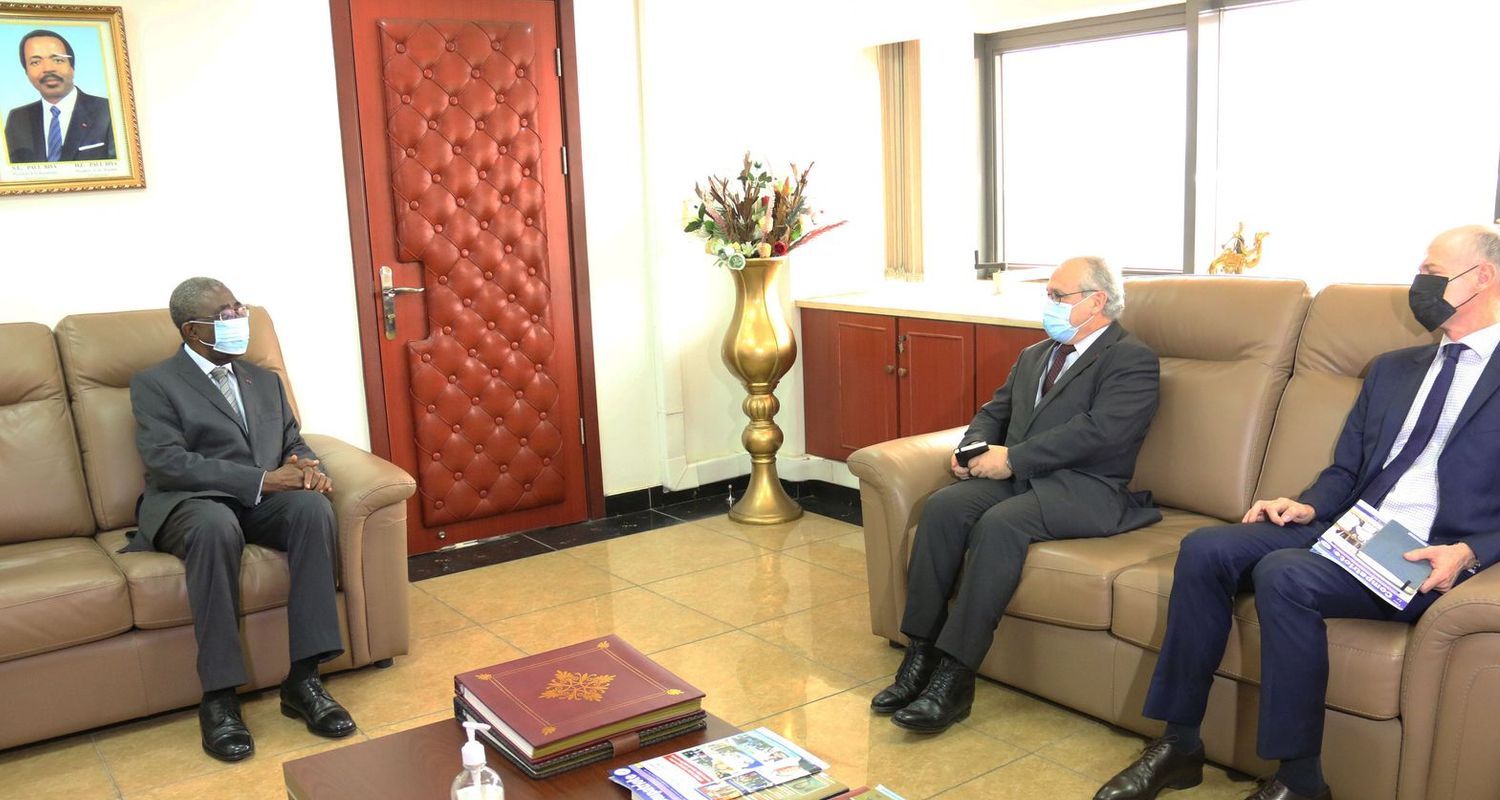 These concerns were raised during an audience granted by the President of the NCPBM, Peter Mafany Musonge to the Ambassador, and Special Envoy for Public Diplomacy in Africa, H.E. Sylvain Itté, who was accompanied by the French Ambassador to Cameroon H.E. Christophe Guilhou.

Talking to reports after the audience on the 15 March, 2022, H.E. Sylvain Itté said they discussed extensively on the role of the Commission which has an immense task. He said they also exchanged on the problem which the entire society is facing, being the use of the social media which are useful instruments of communication, but which are at the same time terrible machines of massive misinformation. According to Ambassador Sylvain Itté, France was particularly preoccupied by this phenomenon of manipulation and misinformation which today leaves no room for neither the truth nor debate.